First off, wish you all a very happy and prosperous New Year.

The holiday season has ended, the office has resumed and I have just returned from a trip to the Himalayas where I was leading a trek for 2 days and 20 kms in the snow! It is just the time to wander off again with the travel memories from the year that has gone by. 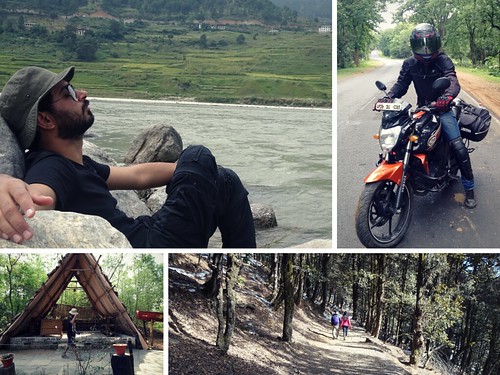 2015 was another year full of travels, memorable experiences, rides, adventures, gorgeous Sunrises and Sunsets, and beautiful pictures. I traveled to Bhutan last year, and also to Himachal, Andhra, Karnataka, Rajasthan and Madhya Pradesh in India – all of this while still having my desk job. The mantra was the weekends and clubbing them with holidays while the saved up leaves empowered me for longer trips like Bhutan.

I saw the lakes in Himachal, rivers in Bhutan, sea in Chirala, palace and stepped wells in Rajasthan, wildlife in Panna, and amazing architectural works in Badami. While the natural, cultural and man made marvels were fascinating and transfixing, as always though, enriching experiences and the accompanying newness were the driving factors – the driving factors to pack up, gear up and get moving. And of course, the people and food!

Rides. I had several rides in the past year like the 1100 kms trip to Bhadrachalam and Maredumili Forest where we had camped on the highway, another 1,000 kms to the detailed architectural temples of Badami, Pattadakal and Aihole with fellow travel blogger Svetlana from Maverickbird where I had enjoyed the visual treat of millions of sunflowers, another 800 kms to Chirala where we had ridden in rains through and through, and yet another 500 to Dausa in Rajasthan where we had discovered a stepped well that was shot as the pit in Dark Knight Rises! But it was the 360 kms back breaking ride on a friend’s Activa in Vishakhapatnam and the 1800 kms ride from Hyderabad to Gurgaon which had satiated the lust in me for the highways *for the year*. What made me gear up every time: the highway chai (tea), the open road, the unexplainable feeling, oh and my lack of knowledge for other modes to commute, haha! Oh, I forgot to mention another 500 kms ride to Jatprole and Kollapur in Andhra where we had discovered a site which doesn’t exist on Google Maps!

Spontaneity. That’s one thing I want to speak about which I learnt in ’15. I had arrived in Bhutan with absolutely no plan apart from the first 3 days of the 12 days. Again, forget the planning, we left for Khajuraho at 6.30 pm while we were still deciding the place till 4.30 pm! On another instance, we packed the bags for 2 days of travel without knowing where were we heading off to. And we reached in Shoja, Himachal prepared for cold and snow but not further details! And what turned out on these trips:

In Bhutan, I interacted with 2 environmental scientists from U.S. who suggested us so many places which are not on the tourist map. We ended up in Gasa hot springs where we stayed with a local Bhutanese couple. Again, in Khajuraho, thanks to no planning, we ended up within a hair raising distance with a tigress at Panna Tiger Reserve, which we went to on an impromptu plan with our newly made friends at the hostel we were staying in. Again, I decided on a destination for a 2 day bike ride in less than 5 minutes, it turned out to be the stepped well where Dark Knight Rises was shot, and we had not much idea about it before  leaving! In Shoja also, without much idea of the destination we reached, and ended up trekking 20 kms in snow to frozen Serolsar Lake and Raghupur Fort.

Point I am trying to make is, I went to most of these places without any planning, or an idea of what the destination had for us. But I had the confidence in the fact that destinations and journeys are always rewarding, if I go with an open mind.

Before I share the high moments of mine from 2015, I would like to thank you for all the comments, likes, fan mails and the inquisitive mails about destinations. I received a number of mails from interested advertisers as well to which I replied in negative, wanting to keep this platform ads free, but I am thankful for them nevertheless. The blog also got featured by Tourist Link in their series on blogs one should follow. Here’s the link. Also, HolidayIQ had listed me in their list on Top Travel Bloggers in India in Roadtrips category. Link. Taking the positives from 2015, I sign this one off hoping to share many more interesting and offbeat experiences this year!

Here are some of my best moments from the 2015: 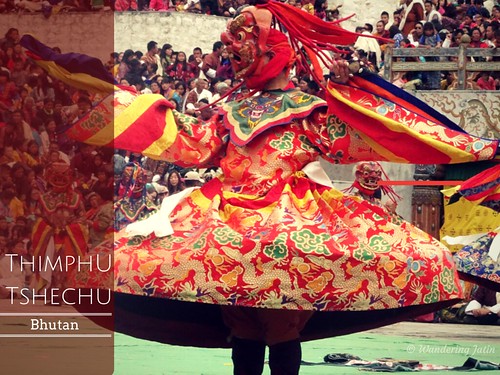 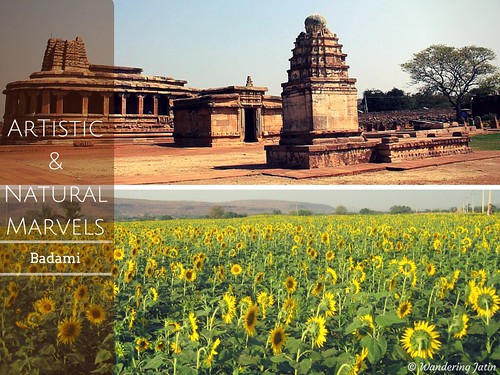 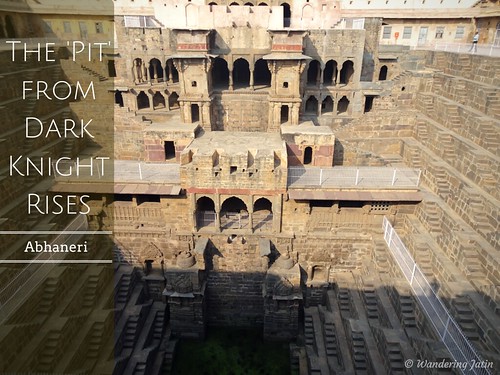 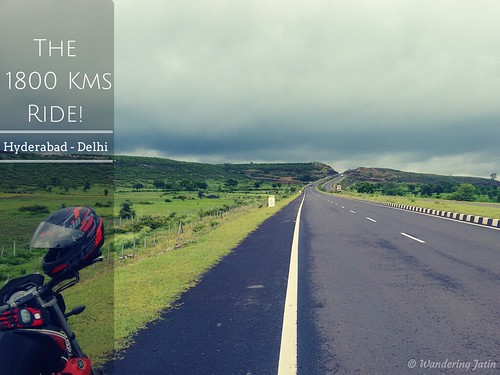 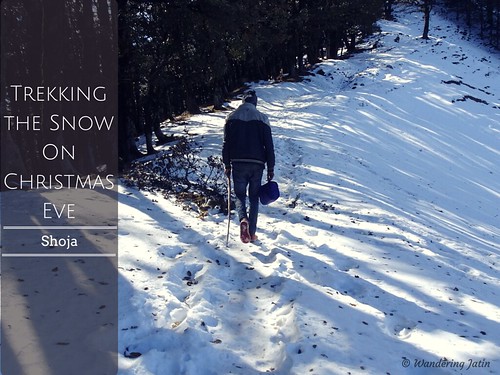 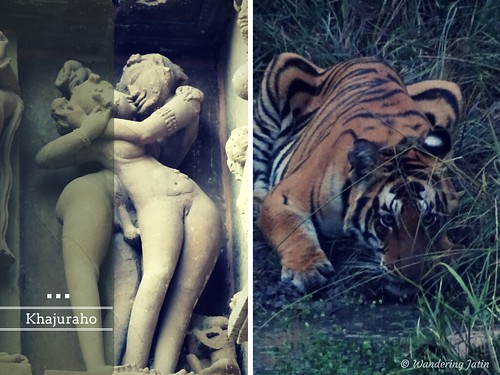 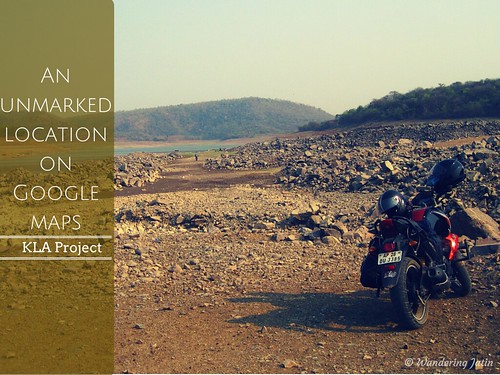 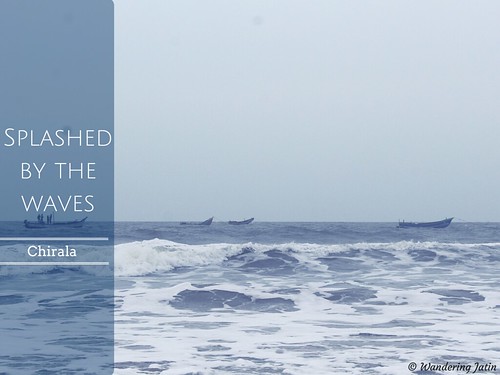 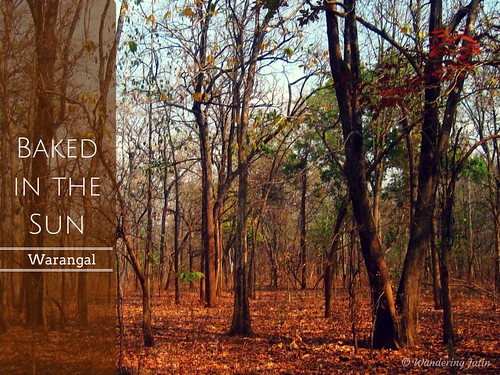 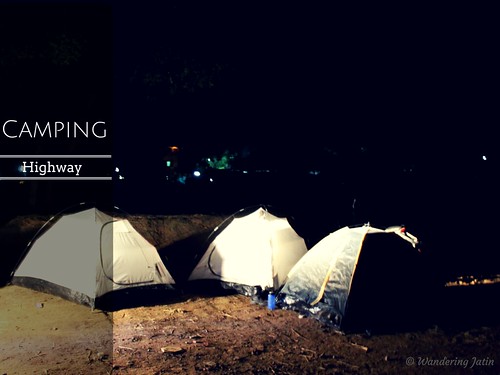 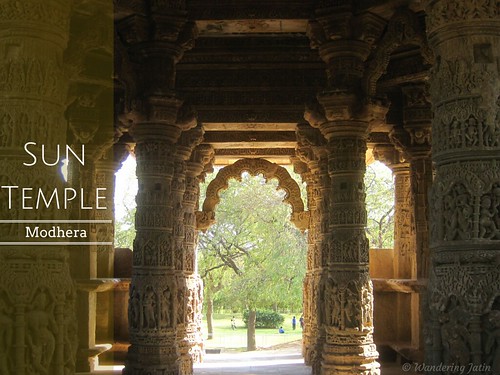 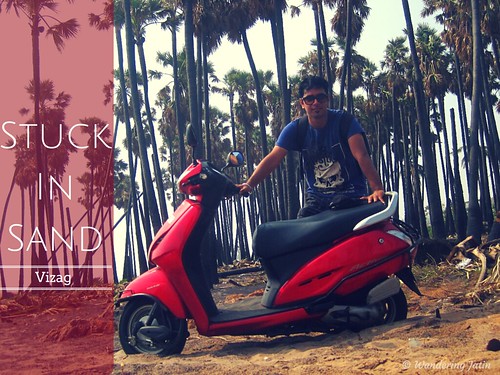 If you liked my posts in the ’15 and would like to see more of these, share your comments, they do inspire me to write these down, finding time from the job and the travels! 🙂

I will be declaring about some rides in advance on Facebook. So if you’re based out of Delhi (NCR), join me along sometime?

Ride to Srisailam - A Photo Blog
Best of - Pondicherry for Christmas!

Whenever I start anything here..I read it till the end! Just can’t leave it midway!
Great work!
Looking forward to more!

Thank you so much bro, keep coming for more! 🙂

G huzoor! Thank you so much for dropping by Hitesh, wish you and your Project too a wonderful ’16.

That’s a great round up!!! Beautiful captures! 🙂
Best Wishes for another Great year of amazing journeys….

Thank you so much for the wonderful comments! Wish you too a great 2016! 🙂

Great journey with lot of adventures which motivate to all of us. All journey are unique in terms of traveler. Expect more and more journey stories from you. Wish you all the best for 2016.

Thank you so much for the lovely comments! Keep watching this space, lot more stories to come… 🙂 Wish you too a wonderful 2016!

Thank you, Indrani! Wish you too a rocking one. 🙂

You make memories when the trip is unplanned with lot of stories to tell. Have a good 2016.

what a wonderful 2015 it has been for you Jatin… wish you many many more travels in 2016… have fun, travel safe and enjoy every bit of it…

ps – the pics are fabulous… this is a beautifully laid post… 🙂

Thank you so much Archana, it had been an awesome year indeed! Wish you too many heartiest wishes for the 2016, keep your poetic charm flowing! 🙂

Love, Life and Whatever

WanderingJatin
Reply to  Love, Life and Whatever

Thank you so much Chaitali and wish you the same! 🙂

That is a great round up and I wish you even more travels this year. Cheers

Thank you so much Ami. Thanks for being a consistent follower of the blog, best wishes for 2016 your way. 🙂

WanderingJatin
Reply to  Steps Together

Thank you so much, and wish you the same. 🙂

I have always loved your travel posts and this post is awesome. I travelled a lot in 2015 too but get really excited when i read about bike travel, would love to do it too 🙂 happy travelling 2016.

I have always enjoyed your virtual presence on the travels Shweta! Keep the love flowing, wish you too a happy ’16. And come on, hope on a bike this year, it is thrilling! 🙂

Sirji, tussi great ho! All your articles are great reads man! Keep up the good work. Hyderabad aa, will go on a trip 😛

Thanks a lot bro!! When I was there, tab toh busy the aap. Let’s see when I come again down South. 🙂

I love roundup posts like this! Such great moments you have listed here! Thanks so much for sharing!

Loved the post , so fresh and motivational , I am a planned traveller but your post makes me make some impromptu spontaneous trips ,, it sounds so much fun ,,without expectations ,,, amazing pictures ,, have to follow you :))

Thank you Bhakti. Try an impromptu one once, it has always been rewarding for me! 🙂

What an amazing year! I’m so jealous of all your travels around India- hopefully I’ll get there soon…

Haha, thanks Katie. Hope you make it soon! 🙂

Beautiful pictures and wonderfully presented round up. Happy travelling in 2016 too.

Thank you so much Shubham, wish you the same! 🙂

Loved the Bhutan pic. So colorful and mesmerizing. Great pics. 🙂

Thanks a lot Somnath! Glad you liked them 🙂

Yo! Thanks Himaja, wish you the same. 🙂