Ride to Pune from Gurgaon Ep1: To Bundi

An end, and a beginning.
A dream, time to realise.
Uncertainties to befriend, and routines to leave behind.

It was a long time coming. It was all part of the plan. The plan that was laid months ago, which would land me eventually into the unplanned phase of my life. The scheme was to transport my bike from Gurgaon to Pune to my brother, return by flight, upgrade myself to a bigger bike and set out to the mountains after quitting my job, write my travel tales and bring this space back to life! I had only one role to play for the time being, the one I absolutely love – The Transporter. 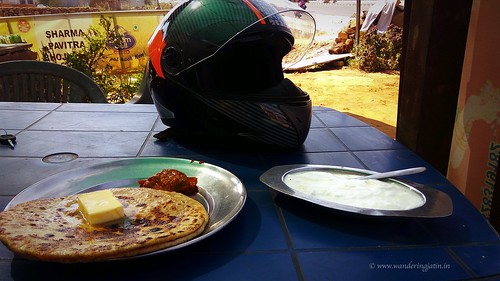 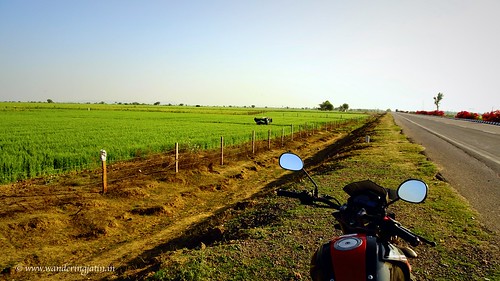 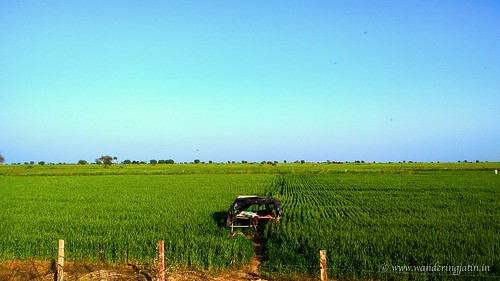 With the tent and only one saddle bag containing minimal clothing, some spares and the office laptop, I was ready once again to greet the open road. All the smiles returned as I exited the city premises – fully geared, fully fuelled and well serviced. My first stop was for breakfast just before Jaipur at the dhaba I knew from my earlier ride; I am a man of habits, I presumed. The roads were good and familiar until Jaipur after which I took the Tonk road, and I was headed towards Bundi for the night halt.

Hey you!
Give me your ears again, for I am here to whisper.
To learn and to unlearn.
Oh how I missed you, the open road.

It was Feb end but the heat wave was getting stronger as I was entering further into Rajasthan, quite surprising. I removed my wind breaker, hydrated myself and headed forward. The scenery was more barren now, on both sides of the road. There came a bridge over a dried river where I sought it well to take a picture. However, what overtook me I do not know but I sat about writing at the bridge which would shake every time a vehicle would pass. Aloof of the vehicular traffic, I sat in the company of birds and a good one hour had passed when I was done reproducing my thoughts to paper. 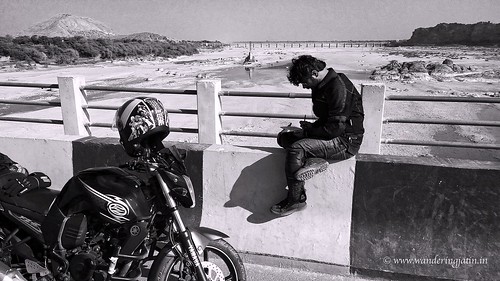 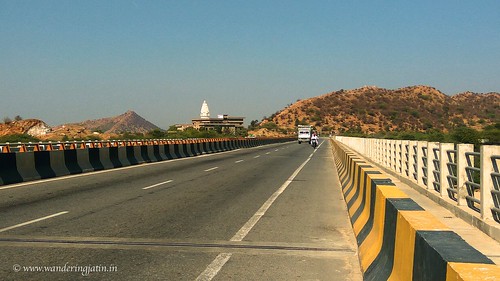 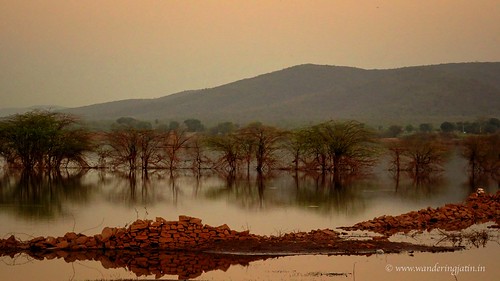 On the road again, and the fuel marker started worrying me but I found myself incredibly lucky that the engine shut down right in front of a petrol pump. “Achhe logon ke saath achha hi hota hai (good happens to good people)”, I laughingly recalled this saying from a good old friend. I stopped by a lake just before Bundi, it had beautiful reflections of the mountains nearby, and I spent a lot of time trying to identify the birds which were much in abundance. Just as it was beginning to dark, quite happy with my performance at the saddle after a long time, I reached Bundi before 7pm and fell in absolute love, the love which multifold itself the following day!

This is just the beginning of a chapter, a chapter of a new book, a book which has many tales to tell. Stay tuned, yea? 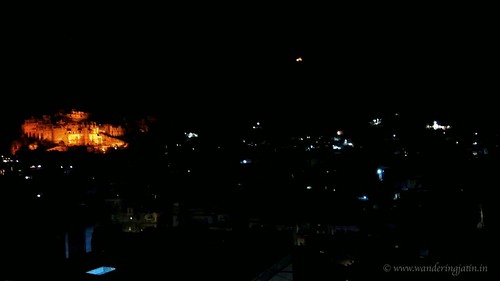 6 responses to “Ride to Pune from Gurgaon Ep1: To Bundi”