From my (solo) trek to EBC 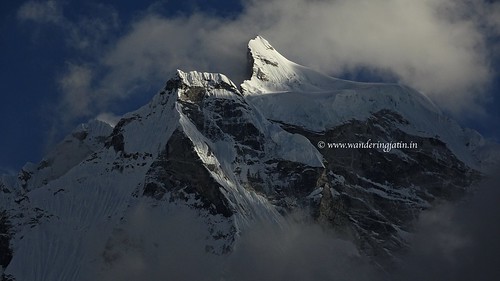 From the lap of the tall and mighty Himalayas where clues of life were hard to find, where temperature dropped down to almost -20° Celsius in the night and where the eyes widened at each turn as they soaked in the breathtaking landscapes, I have returned. Only physically.

Right after Diwali this year, I had gone to Nepal to trek up Mount Everest Base Camp at 5346m. It was a successful trip. And cold. And, tough and long. It took me around 20 days up and down starting with flying to Lukla from Kathmandu and concluding it with boarding a bus from Phaplu back to Kathmandu. At a pace a caterpillar could easily match, I managed to trek up EBC on a cold afternoon post lunch and Kaala Patthar (altitude 5550m) around midday on the day after. In my defence, altitude had really got me around 5000m, but instead of withdrawing from the trail, I kept at it, one step at a time. The wind, so dry and cold it could almost burn whatever human body part was left exposed to it for long greeted me up there along with the views, surreal and exploded in me the feelings, inexplicable. I felt good!

A solo trekking adventure it was, and not so solo at the same time. A typical day on the trail looked like waking up around 5-530 in the morning to a day which already had opened up, freshening up maintaining a distant relationship with water, and starting the walk around 7-730am after a heavy breakfast. I walked alone on most days in my own rhythm taking in the vistas and giving in to the thoughts in my head, sometimes empty and sometimes, overloaded. Evenings were mostly spent playing different card games with different sets of fellow trekkers from round the world, sitting in cafes kept warm by burning the yak shit. 6pm used to be dinner time and 630pm meant late dinner, which mostly was Dal Bhat. Shoes used to be finally got rid of post dinner, just before shakily getting into the bed, confused whether it (bed) was wet or simply cold.

I walked for hours on end each day, next to milky rivers and dropping cliffs, in pain at times and in tiredness the other. So, here is an obvious question:

What did I gain by undergoing this arduous journey?
Please allow me to be indirect in my response:

I interacted with Sherpas who had walked to EBC over 40 times carrying weights over 80kilos while my 8kg bag seemed like a rock sometimes. I walked with an Everest Summiteer for almost 2 hours, who was returning from her successful summit to Mt Amadablan at 6800 m. I conversed with a Nepal Government official working as a coordinator (from the base camps) for the expeditions, describing the loss of bodies – people dying, or disappearing and never found, under his watch. I witnessed a girl breaking into laughter upon the falling of her artificial leg while trekking up Namche Bazaar, “Oh, it’s the sweat”, she said. I sat consumed in the games the mountains, clouds and Sun played. I gaped at those mountains of gigantic proportions and submitted. I returned with newer experiences and friendships, which I shall cherish forever with a smile.

So, put in my place by those snow clad huge mountains, maybe I gained nothing for a change. Or, probably gained a lot. But I do know that I lost my “self” in those high passes. And some weight.

Consider this a preamble to the stories that are to follow from the Himalayan Land. For now, I will leave you with these pictures: 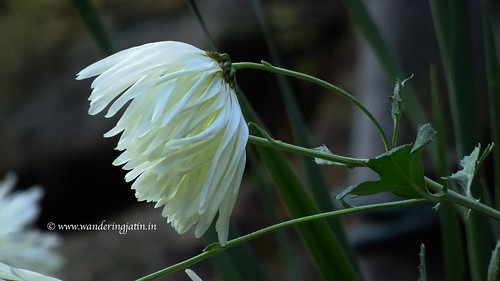 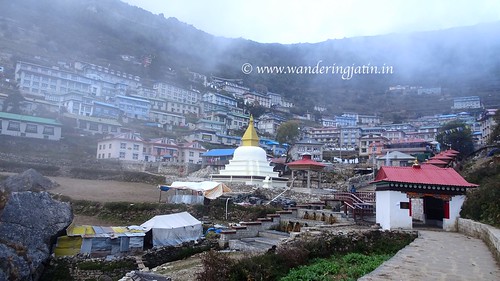 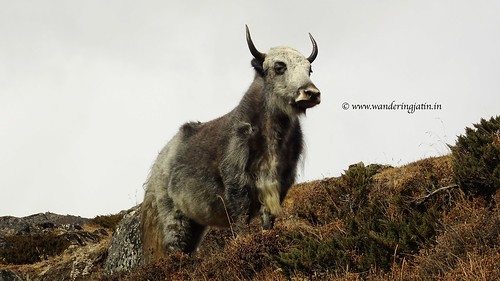 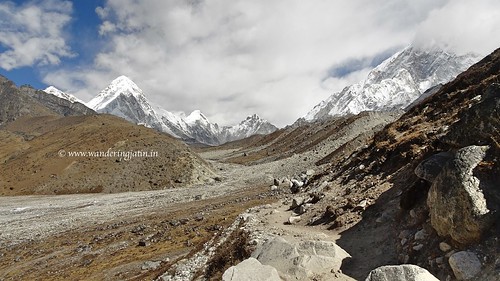 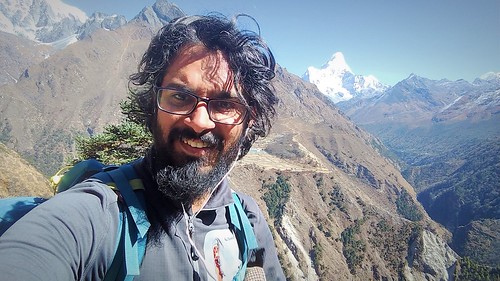 And finally… the peak of Everest! 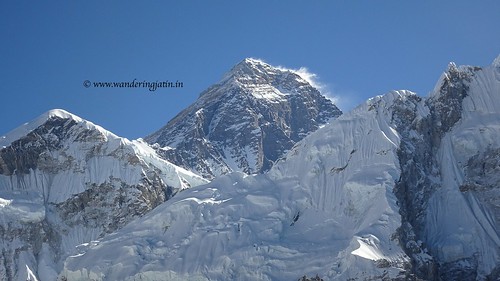 If you like what you see, do let me know in comments. If you’d like to purchase any of these images, please get in touch with me at wanderingjatin@gmail.com. Consider following my social media handles for live updates from my trips –