Thus reads a conversation I had with a biker friend:

I: Bro, bike came back from servicing. Itching for a ride!
Vivek(biker friend): Awesome, let’s ride. To?
I: Warangal?
Vivek: Warangal it is. When?
I: This weekend?
Vivek: This weekend it is. Let’s plan on Friday, come over.
Yay to a friend like Vivek!

So, I found myself at his place around 10pm. We worked out the list of places to visit, had dinner, did some biker bakar and tried to sleep by 12 as the ride was to begin by 5am.

¶¶ Terminology
Biker Bakar→ A term used to refer to the gossips bikers perform when not riding, is usually about wonderful experiences one has had, technical gyaan over bike and it’s parts, plans for future rides, episodes of near crash/death escapes on roads thanks to people/animals/objects on highways. Also covers food, curves (you know!), and much more.¶¶

But that’s not what happened, what happened was this:
By 12, we were thinking of sleeping, but retorted to indulge in some more biker bakar. By 1, we were virtually riding to Warangal already. By 2, we did try to sleep seriously but then sleep evaded us and played games with us until when, I don’t know.

But, the ride did begin at 5.30am, after remembering Lord Hanuman, the God of Tourers!

Once out of the city limits before sunrise, we were cruising in at comfortable speed of 80s and taking all the fresh morning air in, devoid of pollution. Our bikes greeted the well laid tarmac in style and tried to zoom past the highway itself. A good looking Sun was working its way up in the morning sky and thus changed the colours in scenery. In response, our noses donned goggles and we rode on. Bhongir came and Bhongir went, and so did Aler and many other urban-rural establishments along the way, but we rode on. So small they were at times that we could see the SUVs of many different parties at the same place campaigning for their leaders with those loud speakers. We rode parallel to the rails and railway tracks at times and thought about those relative speed questions faced some ages back. Barring a stop for breakfast and a little over couple of butt breaks, we rode on. Riding in summer drives all your body fluids out, so we made a conscious effort at keeping ourselves hydrated. 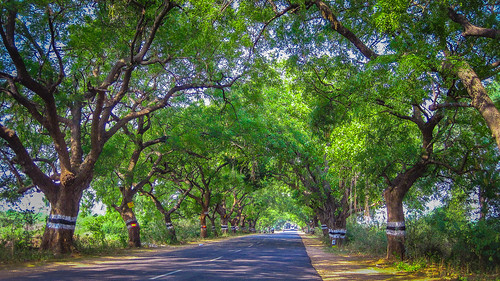 And thus, we reached Warangal in good time by 10.30 am, found an economical hotel with parking facility and went for a power nap. I would suggest you to lookup Haritha Kakatiya hotel, it’s under APTDC and is economical but good, was booked out at our time, though.

We paid a visit to Thousand Pillared Temple post lunch and sought it wise to return back to hotel and sleep again, for it was too hot outside. In the evening, we went for Bhadrakali Temple, where the cool waters of Bhadrakali Lake were very soothing. 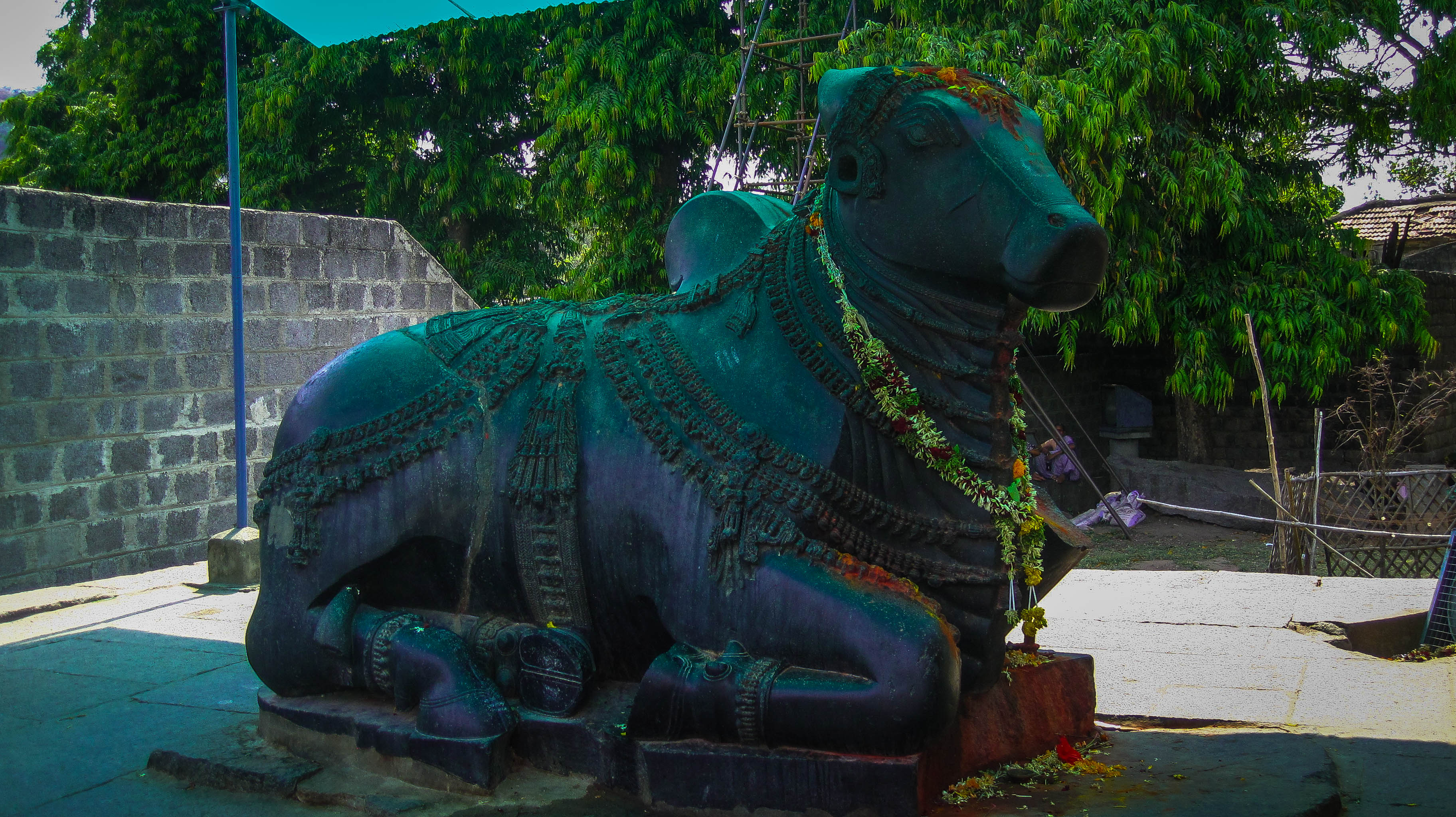 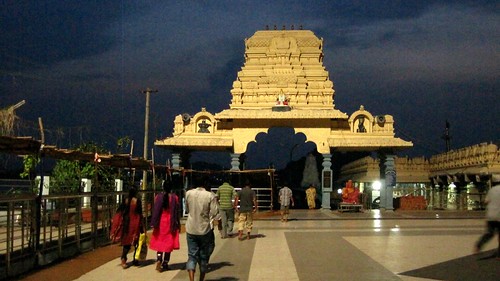 Next day morning, we woke up by 4.30am as we had sunrise at Laknavaram Lake on our mind and it is located nearly 70kms from Warangal. We were on our saddles by 5am and riding hard to make it. If I were to write about how this ride was, it would look like this:

Feeling cold -beautiful morning-highway breeze-have to make it before sunrise- electricity board on the left-went-still mighty kms- tall coconut trees- tea, should have had tea-watch that approaching village, slow down- 40kms-it’s getting dayish- wow, the tarmac-photo break? NO, Later!- tea, I need it!-orangy cloud? No Sun, you hold on!- damn the speed breakers-morning chores-my visor needs cleaning? LATER!-people without helmets, should give a lecture? No, not now!-brighter-No!-20kms-tea?-fields-Sun! No!!! 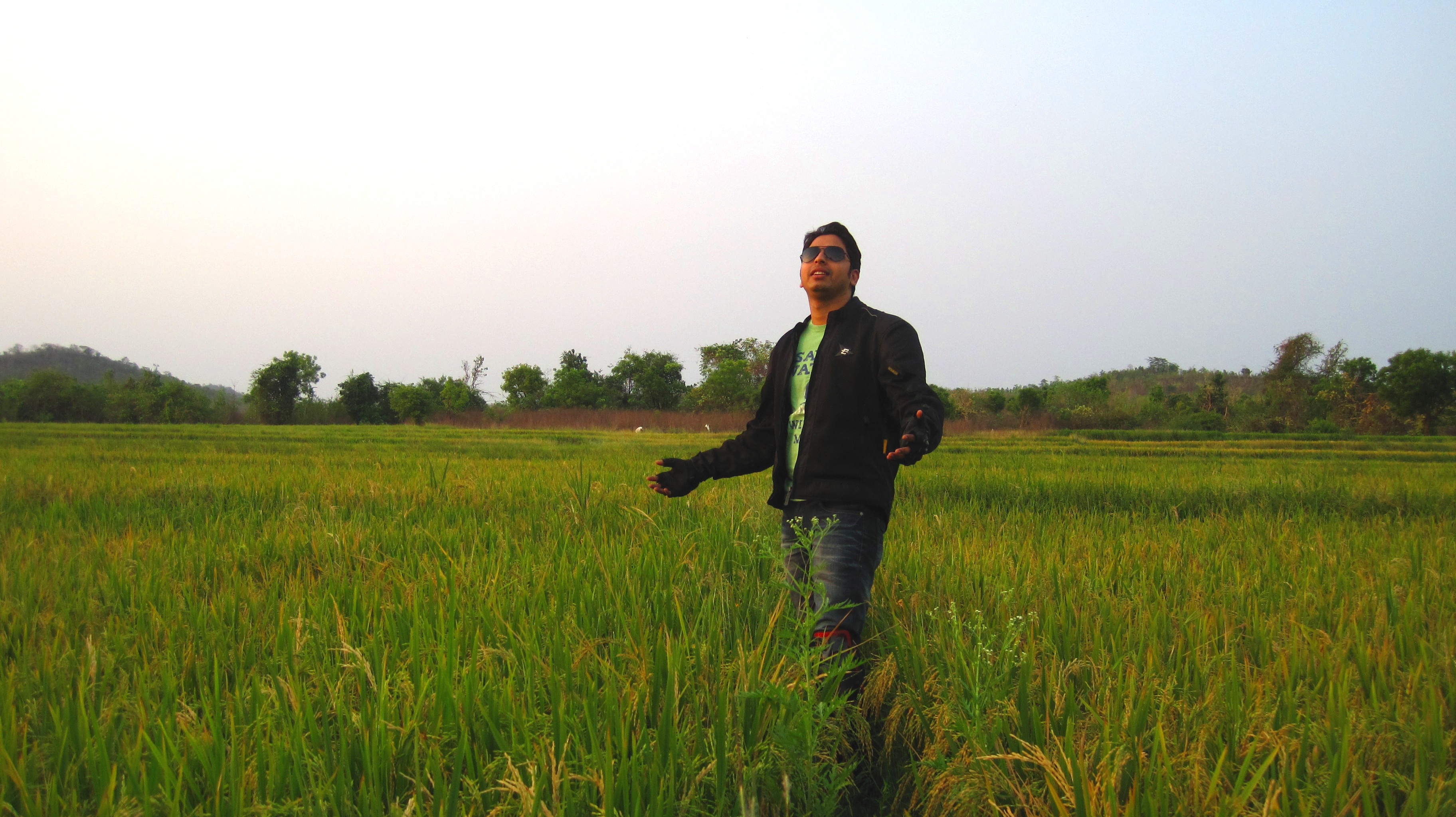 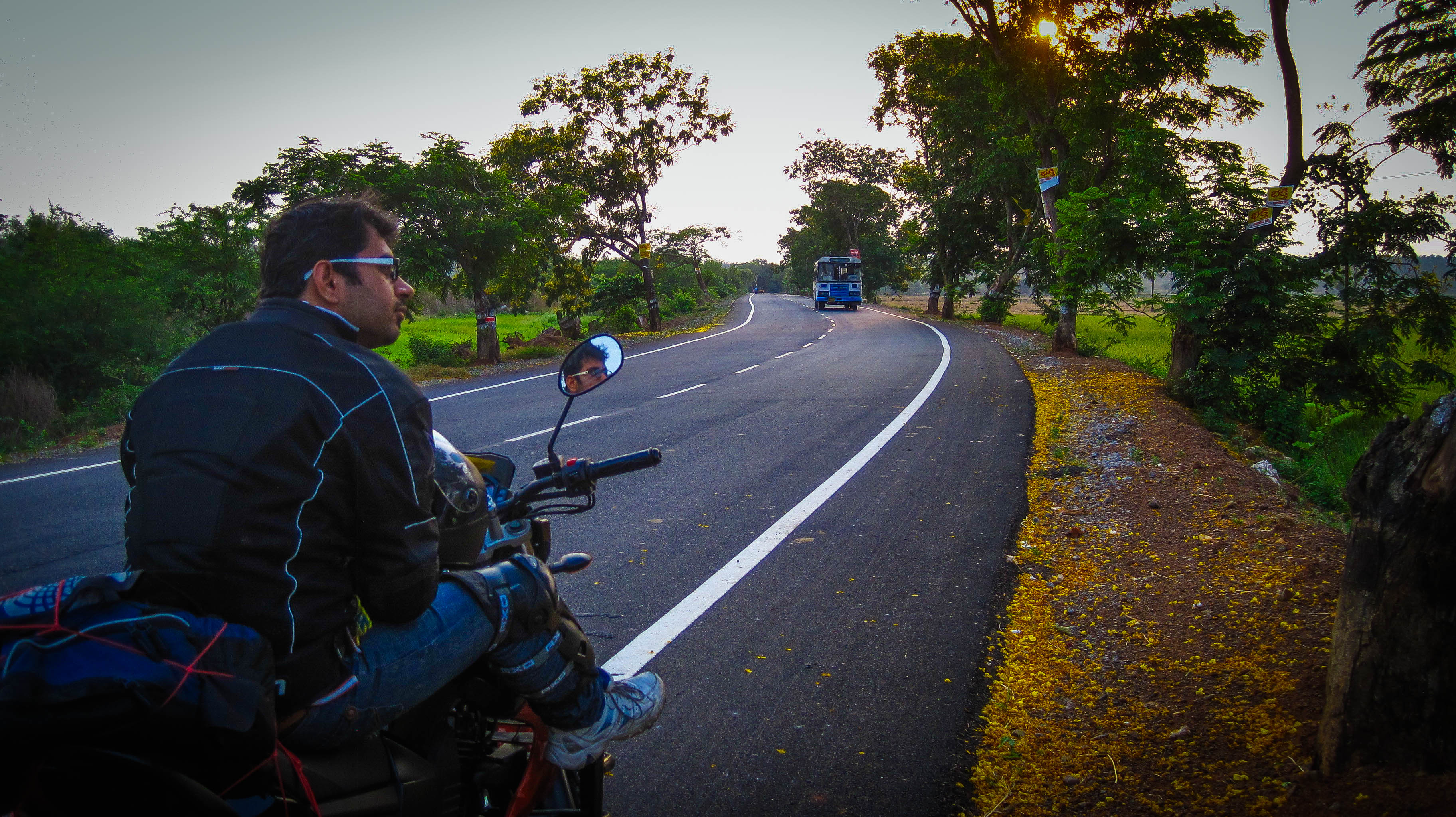 Thus, the race against Sun ended with the Sun God grinning at us, showing itself from under those clouds and having its moment. And, we then stopped to make up for our loss by a photo shoot in the fields. About the craving for tea, it’s just imperative before a morning ride, it sets all the chemical locha inside you right. The craving by that time was heightened, so much so, that this episode happened:

I: Bro, stop at the first tea stall, I am starting to see images now!
Vivek: Consider it done bro. U want to lead?
I: No, I can barely ride straight now.
(Offroading begins as we got off the highway to reach Laknavaram.
Scene- Village setup, no roads- fields on either side, 2 riders and not another man in sight. Suddenly, a man is spotted!)
Vivek: Bhai, Laknavaram ka rasta yahi hai?(Is this the way to Laknavaram?)
I(from behind): Bhai, filhaal Laknavaram ko maaro goli, chaai milegi ye puchho.(Bro, forget Laknavaram, ask if tea is available, nearby!)
Vivek: Yes sir. (Mumbles inaudible stuff)
(Scene-Kids playing on the path, fields replaced with huts. ALL heads turn as 2 riders in full gear are spotted and kids started running along us, for curiosity was too much in the air, I guess.)
Vivek(waving hand in the distance asking to stop and smiling): Bhai, I found tea stall for you, let’s stop here.
(Scene-emotional I, put the side stand but don’t wait for it, in excitement. The bike begins to fall and lands on my leg and I sit there laughing, absorbing what just happened!)

After having our tea and biscuits, we arrived at the Laknavaram Lake by 7.15am. It was amazingly beautiful surrounded with water and mountains on all sides, calm and silent. Just perfect. 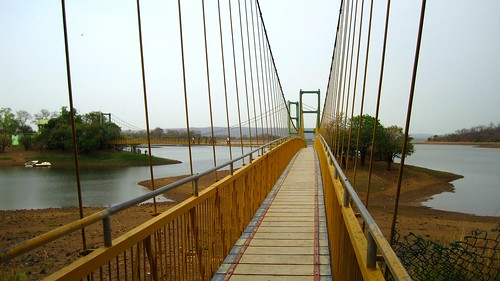 ¶¶ Travel Tip-Laknavaram
Located around 7km off the highway, isolated from any human establishments, it is a tourist site listed on APTDC. There is only 1 cabin on the site which can house not a lot of tourists, so you should make pre bookings. No mobile reception in the area and not varied food options, so you can carry your food. Preferably go during or post monsoon(crowd alert!), boating facility available. Ideal destination if you want a place to just connect with your friends and get out of the mundane. ¶¶

Post the lake, we scraped off Pakhal Lake from the list as we wanted to reach back home before sun down, plus we had our share of lakes, bountiful at Laknavaram.

Next was Ramappa temple, another ingenious creation of Kakatiyans. We hired a guide here to show us around and it was worth it. The carvings of this temple were great, so very detailed and logical too. The Kakatiyans were very explicit in presenting their religious, romantic or wartime moods. 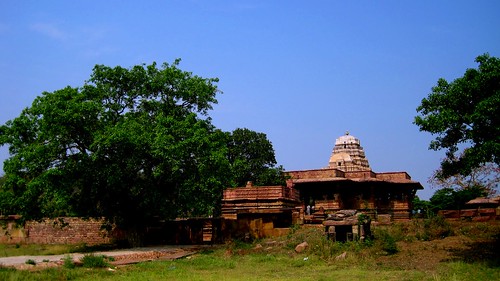 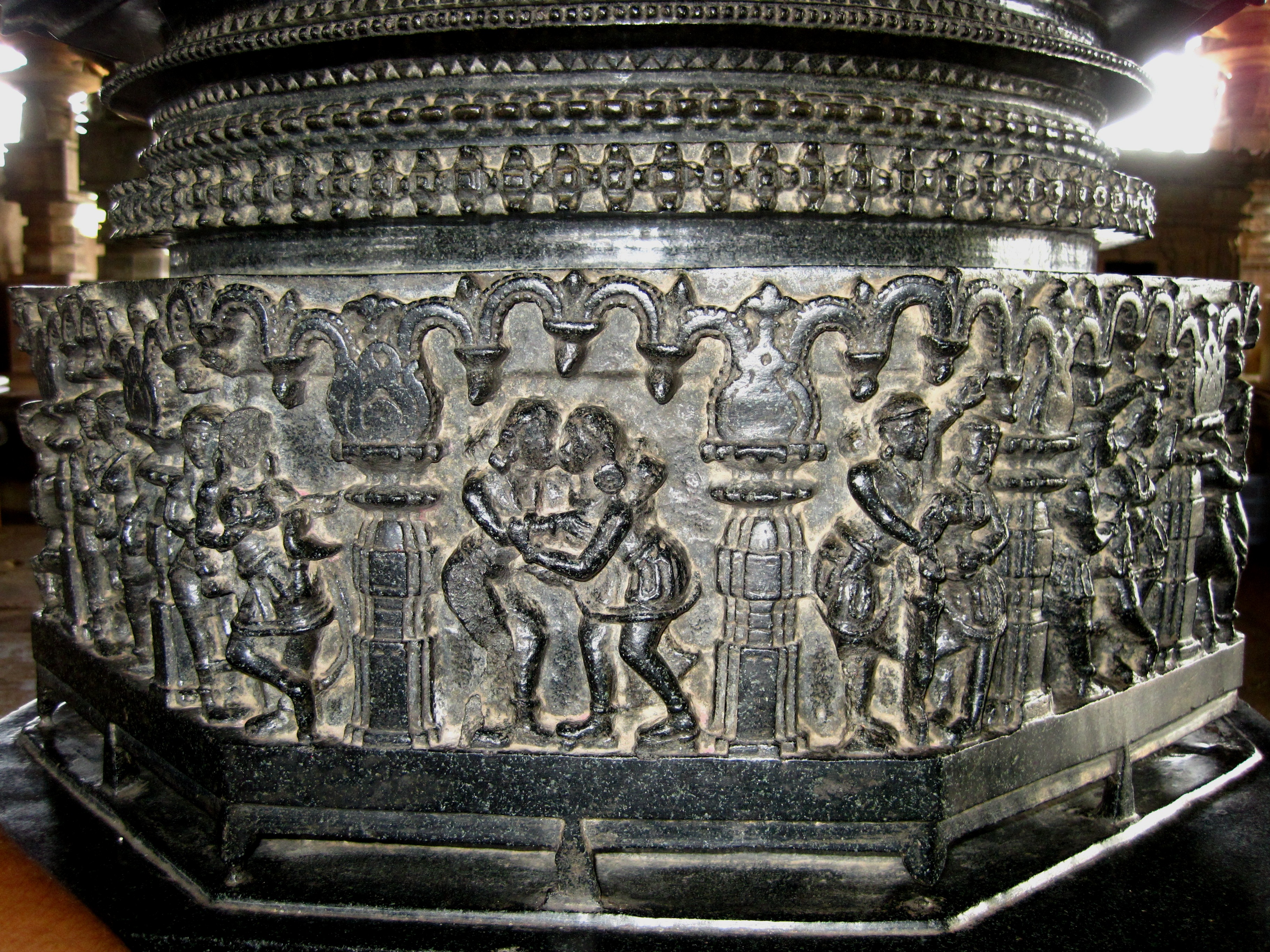 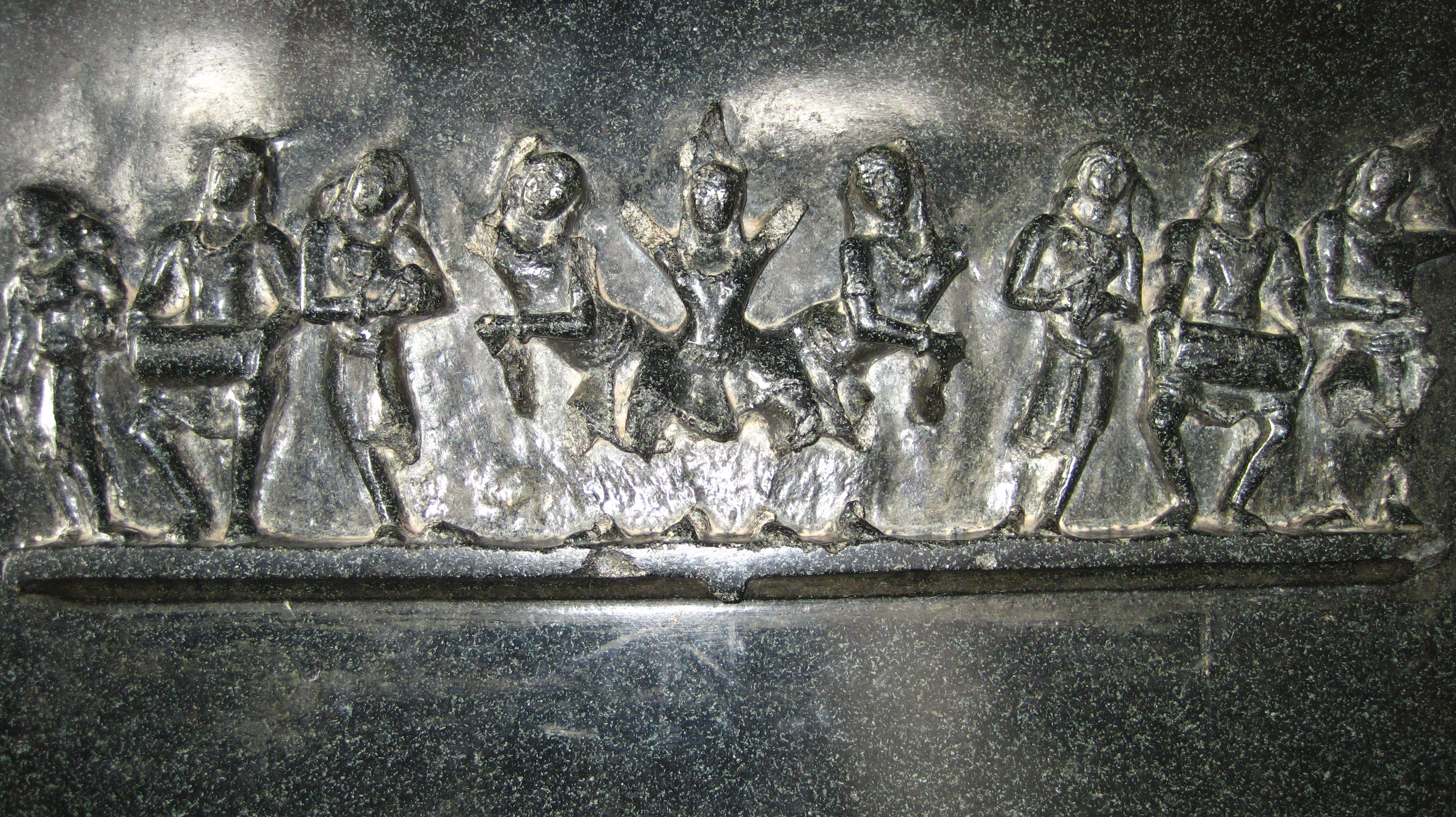 The sun was beating down on us as we halted for a lunch break, post which both of us were riding quietly with thoughts from the trip reciting tales in our heads. As the trip was nearing its end, our butt breaks had increased in frequency as the trip was slowly taking its toll on our bodies. I was leading this time speeding sometimes and then waiting for Vivek to show up in my rear view mirror(RVM) again, until this:

(Vivek appeared in my RVM more than often, seemed like racing hard, closes up somehow. Raises his thumb, I raise my thumb, until he did that again.)

I(finally lifting my visor): The road is awesome, yeah?
(Vivek gives inaudible grunt-raises hand again, I give a hi5 too)
Vivek(closing again on me, this time more clearly): Side mei rok ****(Stop, Dear Friend!)
I: But we just stopped 40kms back, let’s ride further?
Vivek: (raises hand again, but before I could do it too): Stop NOW, my butt aches, I need a break!
I: Ohh, aisa?(like that, okay.) 😀

Poor fellow, my friend who chased me for so long to convey the message: It’s break time. 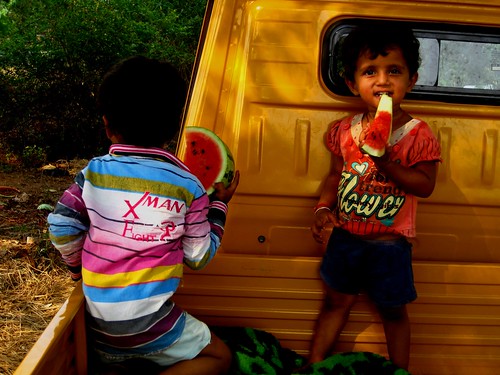 After that, we took frequent brakes but still reached the vicinity of the city in good time. We found contentment with our recent experiences and the miles spent on our steeds. Soon we parted ways with the promise to catch up soon and the biker catchphrase- Ride Safe, Bro.

(and of course you know that was not “Dear Friend” Vivek used!)

The pilot episode: Why?
Murudeshwar to Goa- The Beach Run on West Coast

I let you to let your imagination run wild! 😉

[…] 150 kms away, a weekend to Warangal exposes to beautiful Laknavaram Lake, Pakhal Lake, Thousand Pillared and Ramappa temples. Post monsoon, the water bodies are full and […]