All the people come out of their homes as they hear the sound of several motorbikes vrooming in their area. It is a rare event here that so many people show up here in a single day, and like this! So, everything else can wait for them and it is time to make surprised and curious faces and know “what’s up?” 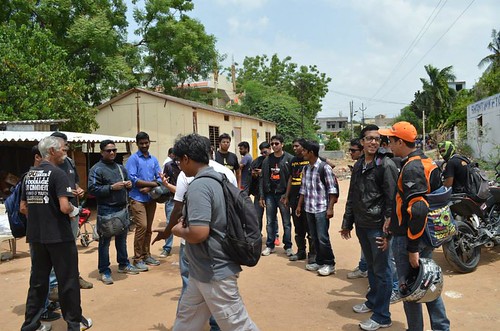 Next, a super aged lady smiles as what-she-calls-her-home now is filled with so many guests unlike the usual gloomy days. Kids look super happy and excited at seeing so many alien-like people covered head to toe in biking gear. Another set just cannot take the eyes off that Green Ninja! Then, there is joy as these alien people have ears willing to listen to their regular chores in their regular day. Much is to be shared today! Much is also the language barrier but then, there are words still being spoken today which need no language. The face expressions, the eyes and the signs do the talking today, a lot of talking. Students; some shy, some clever, some intelligent and some ever-so-giggly talk, inquire, wonder, answer and share all that they could. 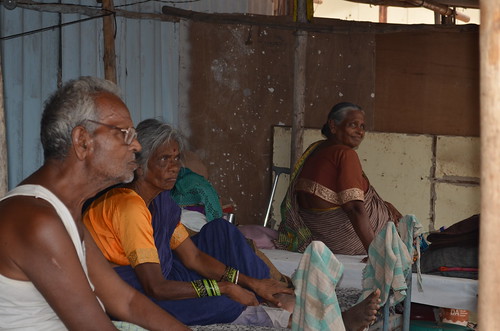 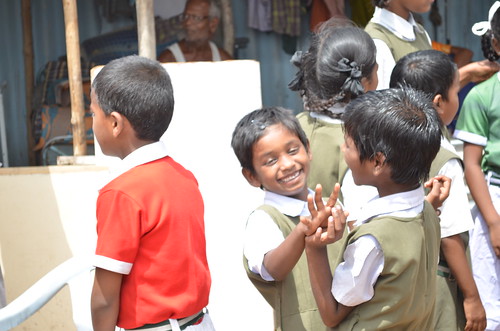 Such was the sight that day of an orphan home where old age people and kids alike, most HIV positive, spend their life till the end. That day being the World Motorcycle Day, the day we bikers decided to contribute our share of good deeds.  As I have been told, the place is run by a lady Kamalamma with collective efforts from other charities which provide medicines, food and clothes, at availability. I was particularly impressed by the level of education granted to these students who were very proficient in English and also good in Maths and Science. A 3rd class student made the familiar faces like any other while answering to my questions on Water Cycle, but finally got it right! 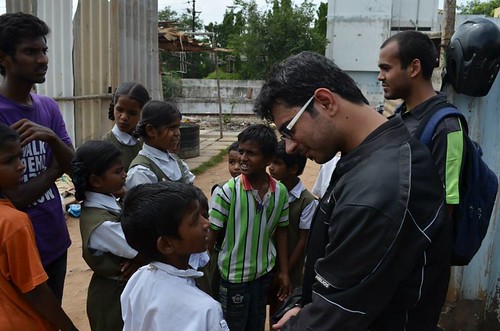 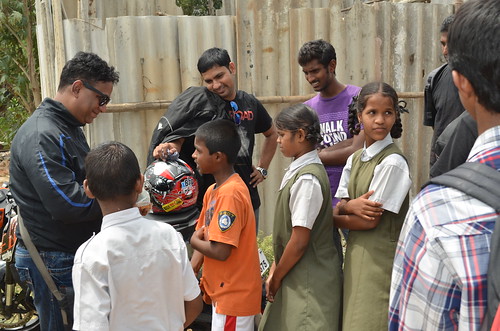 We left some packets of packaged food, drinking water pouches and sarees as a bit of our contribution. But I observed the biggest contribution we made was listening to them and spending some time together as a lady asked me to Come Again as we began to pack up.

¶¶
Much is stressed and spent in this world today on things which don’t matter while the most beautiful come at no cost, not monetary to say the least.
¶¶

Post that, we made rounds in the busy areas of the city spotting people in need. We kept going distributing food packets to the people who we knew would value it like no other. Such overwhelming response in face expressions of them we received that I would fail to write even if I tried. We gave clothes to the people sleeping on the footpath under the Sun with not a shirt on. So lost in their sleep they were, they took it for their pillow right away. I’m sure they would wake up to a smile unthinkable.

HOPE. Hope is all you need at times to keep going. I hope our act would leave them with some hope, hope that there’s good left still. 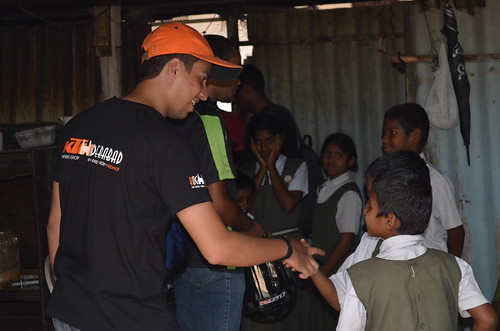 By the way, I don’t profess charity most of the times as it encourages dependence and leeching on others. But then, there are cases of extreme helplessness, the ones which do need your attention, and the line is too fine to draw. 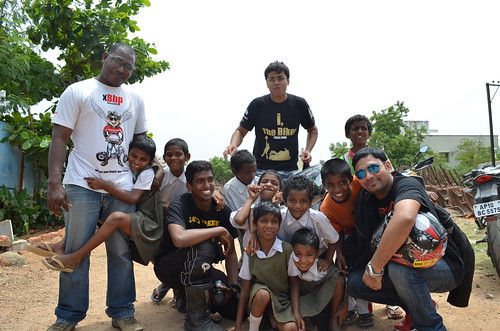 And many thanks to Mukesh aka Mike Duke, a fellow biker friend for such amazing pictures from the day. Visit his page here.

Also Read:
The pilot episode: Why?
My Travel Tales- How I realized the value of money

Celebrating festivals - Karwar Utsav & Shivaji Jayanti!
Trekking Hyderabad- Where, What and How?